Zimbabwe is a southeast African nation with a population of over 14 million. It shares boundaries with South Africa, Botswana, Zambia and Mozambique. The capital, Harare is also the largest city in Zimbabwe, and the site of the African Enterprise office. This nation which became independent in 1980, has been the site of considerable political tension resulting in economic mismanagement and hyperinflation. Unemployment, low wages, a lack of resources, and few opportunities for career growth are just a few of the problems Zimbabwe currently faces. These factors have pushed many skilled workers abroad and the country is struggling.

Guide became AE Team Leader for Zimbabwe in 2010, though he began his partnership with AE much earlier as a Foxfires Youth Evangelist in 1987. He has a ministerial vision for AE Zimbabwe, to “be a catalyst for transformation in the lives of others through the message of Christ and to add value to both the Great Commission and the great command”. Guide desires to see local connections made through youth evangelism and discipleship. 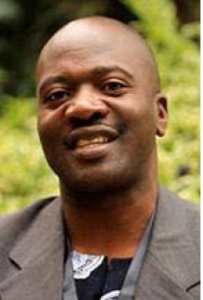 Youth are the future of Africa, and it is essential that effective youth discipleship and empowerment programs are part of our mission strategy. The Foxfire Team is the youth arm of African Enterprise’s evangelistic and mission activities. Teams are made up of young people, with a passion for evangelism, who give a year of their lives to the service of the Kingdom. The year begins with two months of intensive training before they are released into ministry. Foxfires then visit schools, youth groups, churches, children’s homes and colleges in and around the cities in which they are based. Using energetic and exciting dance and drama programs to attract and connect with the youth, the Foxfires bring the Gospel message to young people and are able to speak to them as one young person to another.

Zimbabwe has a tumultuous history of civil conflict and political instability. AE has been involved for many years in working towards a solution to the crimes that have been committed against the people of Zimbabwe. In 2015, AE Founder Michael Cassidy addressed a room of the most wealthy and influential leaders in Zimbabwe, including the current President Emmerson Mnangagwa calling for peacebuilding, reconciliation and godly leadership. Guide and his team have been working to raise awareness for uncorrupted leadership, equality and the message of Christ to reach the darkest places in Zimbabwe. City-wide missions will be a large part of consolidating this long-term project.