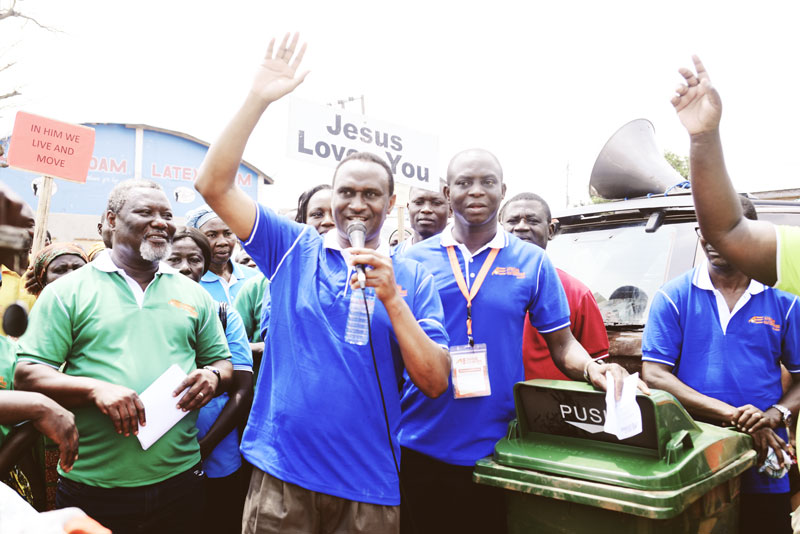 At AE Australia, we couldn’t be more excited to be hosting the Stephen Mbogo Ministry Tour from the 29th of April and to the 15th of May 2018.

Stephen is a dynamic communicator and leader, and is the International CEO of African Enterprise. He can’t wait to share with you about the many incredible stories of what God is doing through AE across the African continent. Last year alone, over 1 million people heard the good news of Jesus, and nearly 100,000 people made a commitment to follow Christ.

Stephen told AE Australia on Wednesday that he is feeling good and enthusiastic about his Australian visit. He said he wants to encourage Australian supporters to “be on mission with us.”

The work of AE in transforming Africa for Christ can’t be done without the prayer and generous support of Australians.

Stephen is passionate about seeing Africa transformed through the salvation of its people and the sound governance of its leaders. AE missions impact every level of society. This can range from equipping women with tailoring skills so they can escape a life of prostitution, to meeting with political leaders to encourage governments to lead justly.

Stephen has been a part of the AE movement since 1992 and was appointed as the organisation’s third CEO in 2013. He was born in Kenya in 1967 into a family that followed ancestral beliefs. Stephen made a commitment to follow Christ while was in High School – a decision that led his parents and grandparents to know Jesus.

He went on to complete his PHD at Biola University in California in Intercultural Studies where he specifically focused on motivations and leadership values among politicians. This background knowledge enables AE to not only preach the gospel but to advocate for positive political leadership across Africa.

Stephen will be speaking at churches, conferences, and other gatherings across Australia. He would love to meet with you and encourage you to be a part of what God is doing in Africa through AE. This is an opportunity not to be missed.

For full details of the tour, head to our Ministry Tour page. Feel free to also give our office a call during opening hours on (02) 98891799.

When AE Uganda began preparing for this mission over a year ago, they found that there were deep divisions in the local churches and some refused to work together at all. Before we could do effective outreach to the city, we first had to help heal the divisions within the churches.

Salvation in the slums of Kampala

Hundreds of mission volunteers arrived at the Buskenyi Slum in western Kampala to clean the streets as an act of love and service to the community. The streets and gutters were piled high with rubbish and filth, but our team faithfully cleaned and witnessed to the community about Christ’s love.

Trauma Healing: Equipping leaders to minister to the most vulnerable

Violence and war have left a deep scar on the nations of Africa and on the hearts of many affected most acutely by it. African Enterprise has been challenged during recent years by the number of people who are victims of violence. The need is truly overwhelming.